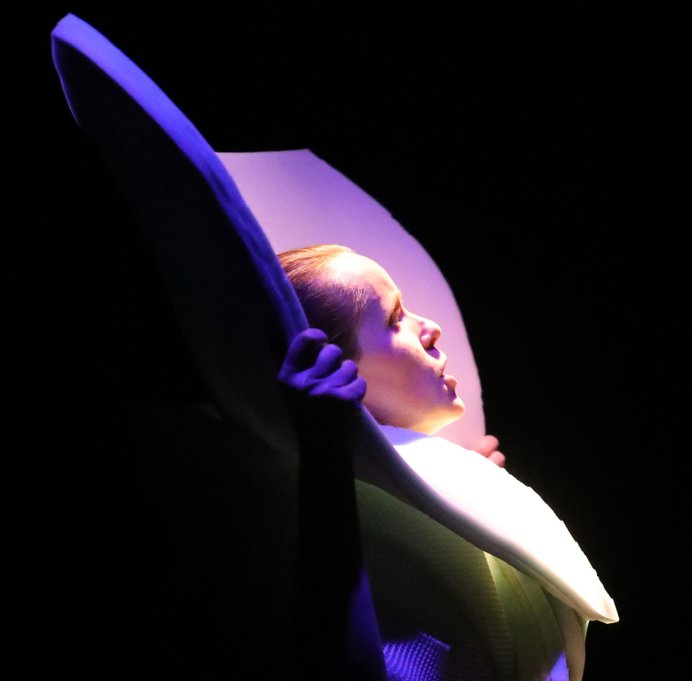 My enemy is my fear

And it takes my breath away

So I call to fight with love, open up my heart

I call you to fight with love, open up your heart

Seduced by the belief that a fierce strongman, is all we need to get things done and save the world, choreographer Anne-Mareike Hess, takes us in her solo on a journey of becoming a warrior. Within a distorted and at the same time soft soundscape emerges a profoundly poetic image of human fragility and inner disruption. A dancing body caught in a perpetual fight with its emotions.

After „Synchronization in process“ (2016) and „Give me a reason to feel“ (2017), Warrior“ is the third piece in the context of the ongoing research about the „emotional body“. 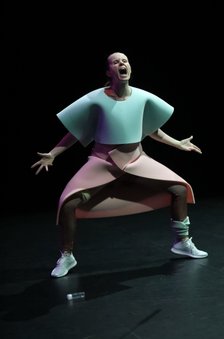 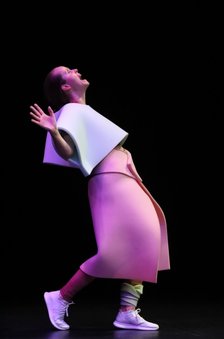 click here to watch the instant feedback by Elisabeth Nehring

“The piece hits the zeitgeist very precisely. In a world in which we find ourselves increasingly in (political) situations, where we ask ourselves: What actually happens here? Why is nobody doing anything? Not only in these circumstances, "Warrior" is a piece that tells us a lot about creating a warrior type, empowerment through the discovery of one's own voice and the constant, sometimes humorous, failure on the way there. "

“Warrior, the latest creation of choreographer Anne-Mareike Hess, is a phenomenal act of resistance she reveals through a metamorphosis of her body.”

"... the choreographer stays true to herself at the level of the radicality of her movement language. (...) For her, movement is the expression of an energy drawn from the depth of the bowels and channeled into a very constructed and controlled discourse. "

"...the luxembourgish dancer and choreographer is one of the artists who, through her presence, instantly fills the whole spance and captivates the spectator. (...) the proof that the radiant emittance of force has nothing to do eith pomp and sensationalism."

"Femininity itself is celebrated and put in realtion to strength."

"When the "fight" comes to an end it has created a noticeable intimacy between the dancer and the audience. The initially individual struggle became a common one."

"Warrior turns out to be a wonderful discovery."

"...Different from previous works, Hess surpasses the performer’s objective gaze onto
a supposed audience, and let the performing body burst over itself. There is nothing more
to hide, the fight with subjectivity has already started. In the physical excavation, she lets
the choreography surpass itself, at once pumping the body full of material - and emptying it
all out. This is a body of noisy memories, whose senses flow beyond it’s physical scape.
It’s body of the now is at war against itself...."